Family acoustic trio of brother, sister, and cousin that played together from 1994-2005 with 3 marriages and 9 kids to boot.

Performing music from artists that inspired them and music of their own in the Western PA music scene and also regionally in the north east US, The 3 of Us touched thousands of people in the 11 years that they performed together. In that time they also managed to release 2 albums of original work. Allegheny Hideaway was released in 1997 and Sketches 4 years later in 2001. Both albums received critical praise and songs from both albums did very well on the newly blossoming mp3 charts. 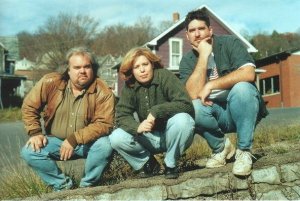